“I wonder how much this cost the taxpayers in Tennessee. Didn't work too well in Florida either. Too bad the politicians didn't check the data in other states before implementing this costly policy”.  The previous statement is that of a colleague of mine posted online in a social media site.   My colleague was commenting 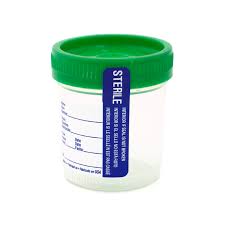 
The purpose of the program is completely lost on you. Florida's program was only for the "Cash Assistance" portion of SNAP. That means the state will not just hand you cash without knowing you are not on drugs. The requirement being on the books simply deters these inappropriate applications. How much money did the state save not having to even process the thousands or millions of applications simply because those who knew they were going to fail the drug test opted not to apply?

Before continuing, here is some background on the issue and the role of the states from the nonpartisan National Conference of State Legislatures:

States have proposed drug testing of applicants and recipients of public welfare benefits since federal welfare reform in 1996. The federal rules permit drug testing as part of the Temporary Assistance for Needy Families block grant. In recent years, many states have proposed some form of drug testing or screening for applicants.  In 2009, over 20 states proposed legislation that would require drug testing as a condition of eligibility for public assistance programs. In 2010 at least 12 states had similar proposals. None of these proposals became law because most of the legislation was focused on “suspicionless” or “random” drug testing, which is at odds with a 2003 Michigan Court of Appeals case. Marchwinski v. Howard ruled that subjecting every welfare applicant in Michigan to a drug test without reason to believe that drugs were being used, was unconstitutional.

In Georgia, a bill was passed by the state legislature and signed into law by Governor Deal in 2012 that required all recipients of TANF to not only agree to submit to the drug screening, but also to pay for the test themselves.  This despite the fact that there was no obligation of the state to demonstrate that the applicant had any prior history of drug use.  Thankfully in 2014, the Georgia state legislature revised the law.  Georgia’s law now requires that there be reasonable suspicion of drug use before requiring the test.
I was a little put off by the reply of my colleague’s acquaintance.  Not because of the counter argument, which is a reasonable opinion on the matter; but by the arrogant and condescending tone of the first line, “the purpose of the program is completely lost on you.”  Therefore, I felt compelled to come to my colleague’s defense, though as a smart and thoughtful man highly educated in Economics, he is perfectly capable of defending himself.   Here is my reply:

It's policy making based on a stereotype. Leads to inefficiency. I don't believe there was any data to support the costly testing to begin with. So if I move to Florida or Tennessee and get a refund on my state taxes in April, should I expect a drug test? No probably not because I need to be on welfare or food stamps as a govt benefit, rather than a tax subsidy so it can be assumed that I'm lazy and on drugs. By the way it's a suspicion less search that is not given to others who get cash benefits from the state like unemployment or subsidies. Which is why, I believe, there is a lawsuit out there challenging one of these state drug test programs. So it's not all that illogical that the purpose of the program is not lost on the many who see this as a stereotype based policy.

My concern with the policy of these states did not originate with my colleague’s posting and the reply of his acquaintance.  Moreover, my concern was not aroused simply by the cost of the program.  What bothers me the most is policy making based on stereotypes and perceptions that often are formed with a lack of evidence, or the necessary amount of data to support the perception.  Unfortunately for many, perception is indeed reality.  And the evidence sighted, is often just anecdotal evidence.  Anecdotal evidence simply notes something that was witnessed or heard about, and does not imply that there are relatively large numbers of that occurrence.  For example, we hear on the news from time to time that a pit bull has mauled a small child.  There is however, no mention of the total pit bull population and the possibly low percentage of cases in which a pit but harms another.

First, however, let me appeal to those that support the policy because they accept the stereotype in the first place; and, simultaneously appeal to those that do not believe this is a stereotype based policy but support the policy for perhaps a variety of beliefs and concerns.  Requiring all participants of anything to submit to a drug test, whether it be for employment, admission to a school or participation in an activity is an example of a “suspicionless search”.  A “suspicionless search” is a search without “reasonable suspicion” that the individual has committed a crime in the first place.  It is generally accepted that private employers can require random drug tests if that is how they see fit to run their business.  It is a whole other matter when it is the government, which is bound by the Constitution.  Very broadly speaking, the 4th Amendment of the U.S. Constitution is interpreted as protecting us against searches without reasonable suspicion:  “The right of the people to be secure in their persons, houses, papers, and effects,[a] against unreasonable searches and seizures, shall not be violated,…”.   Recently, in Board of Education of Pottawatomie County v. Earls, the U.S. Supreme Court ruled that the school system could indeed require drug testing of all students seeking to participate in voluntary extracurricular activities.  Therefore, the courts have not deemed all “suspicionless searches” as unconstitutional.  Note that our rights are not absolute, but that the government may prove a compelling interest or reason in denying a right, and in such cases, the government action would not be in violation of the Constitution. 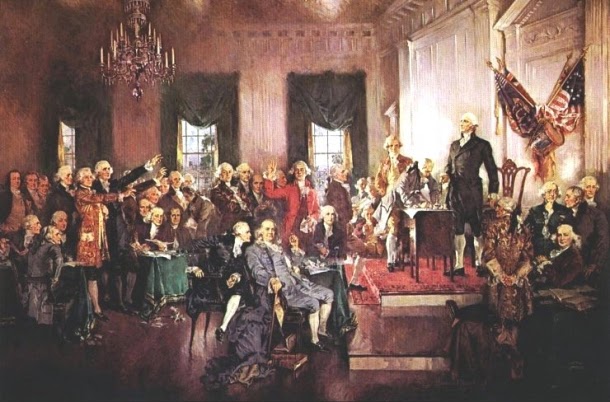 The purpose of this site and blog is to give a voice to moderation while giving the public a scholarly and educational source that is non-partisan, non-ideological and based in analytical thinking.  The hope in fostering analytical and critical thinking in a non-polarized and partisan environment is that moderation, reason, compromise, and progress will prevail over extremism, irrationality and ignorance.  This goal of promoting moderation, reason and compromise both coincides with and is impacted by the second goal of generating and sharing knowledge.  Extremism almost always exists alongside ignorance.  Knowledge, and by that I mean true factual understanding of history, events and context, finds extremism and destroys it.  Knowledge cannot co-exist with polarization and extremism.  Knowledge founded in analytical and critical thinking allows for nuance, grey areas, and complexities; none of which are acknowledged by extremists.  The “facts” that extremists present are created “facts” or are selected facts that have been pulled from context and thus have taken on a new meaning when they no longer exist beside other true facts. With this website I hope that we can explore issues without partisan or ideological lenses.  This requires us to analyze partisan and ideological viewpoints only after creating a firm base of knowledge that does not rely on either, but instead is the product of critical thought that knows no partisan or ideological loyalties.  In setting out on this journey, I acknowledge that it takes tremendous effort to view the world without preconceived notions and I am not free from this burden.  Training one’s self to think objectively and to consider the rational points of the alternative argument is a lifelong endeavor and it sometimes takes great discipline and a willingness to admit fault.  What must set us apart from those that do not wish to grow in knowledge and wisdom is that despite our human tendency to understand the world in a way that fits our current belief system, we allow for challenges to that belief system, even when it is uncomfortable to do so.  The overall theme of this site will be discussion; that is, to have a conversation with the intended goal of enhancing understanding.  This is the meaning of civil discourse.  Civil discourse does NOT involve name calling or demonizing others and their points of view.  Civil discourse promotes understanding of those points with deference to the background in which those beliefs were first developed and nursed.  As I post please do not hesitate to point out any arguments or facts that I may neglect.  Please add to the discussion so that we all can build our knowledge to move towards a society and governing body that is rational and effective.  In addition to posts about topics in politics and government, this site will offer resources such as web sites useful for building political knowledge and suggested readings.  In particular, I hope for this to be a convenient location for readers to gain access to all sites political but non partisan.  Once again, I welcome any suggestions regarding content!
Posted by Unknown 2 comments: