The Republican Gamble: The Pitfalls of Refusing to Consider an Obama Nomination to Scalia's Seat

Justice Scalia’s death on Saturday, February 13th set off a political earthquake, making what was already a very interesting presidential election year even more interesting.  And, as if our politics were not divided enough, Scalia’s death has set up a mega showdown between Republicans in the Senate and the President, and has raised the stakes of the presidential election.  Before Scalia’s body had turned cold, there were announcements on both sides regarding the next nomination.  The President stated that he will, of course, nominate someone in “due time”, while the Republican Senate leadership did not mince words in letting the President know that any nomination by him would in effect be a waste of time.

It is understandable that Republicans, who are typically conservative in ideology, do not want to see a Democratic president put a third liberal on the bench.  Before Scalia’s death the conservative justices, those appointed by Republican presidents, totaled five and thus made up the majority of the justices, with the remaining four justices being those appointed by Democratic presidents and liberal leaning in ideology.  President Obama appointed two of those: Justices Kagan and Sotomayor.  The next appointment, if made by a Democratic President will tip the balance of the court in favor of the liberal point of view; but if made by a Republican president will maintain the current conservative majority makeup of 5 – 4, since Scalia was a loss on the conservative side.  Alas, the current president has the Constitutional authority to nominate a replacement, and the current president is a Democrat.  Thus the showdown and promised efforts by Republicans in the Senate to delay.
I would warn Republicans that the strategy of delay and deny is a gamble, and a gamble that is fraught with risk.  Here’s why:

Republicans are gambling on the hope that a Republican will win the election in November and take the White House in January of 2017, a time when they would rather see a nomination made and confirmed since it would be made by a Republican president.  They are also gambling on the hope they will maintain control of the Senate, which they only have control of by just a few seats.  Those are strong assumptions with no guarantee of coming to fruition.  The national electorate leans Democratic currently according to opinion polls that ask Americans to identify their party allegiance.  Second, Democrats have higher turnout in presidential election years than they do in the midterms.  Therefore, Democrats should not again feel the whipping they felt in 2014.  Also, the Electoral College outcome may favor the Democrats, which of course is largely determined by the popular vote and turnout in each individual state.  In 2012, Romney, the Republican candidate, only won two of the many swing states Obama had won in 2008.  Republicans would have to do much better in the swing states in 2016 to take back the White House.  If you look at the margin of victory in terms of the popular vote for President Obama in many of the swing states in 2012, a Republican victory seems a steep hill to climb.  As for the swing states in 2016, the Democratic candidate could lose Ohio, Florida and North Carolina, and still win with 285 electoral votes; 15 more than the 270 needed.

Then, of course, there is the Senate.  If Democrats win the presidential election, it is extremely likely they will gain seats in the Senate since a presidential win would mean a national mood in favor of Democrats.  They may even take back the Senate given the political reality facing Senate Republicans in November of this year.  In 2014, Democrats faced the challenge of maintaining their hold on seats in “red states” that lean Republican and conservative in their political and ideological makeup.  Given the heightened partisanship, this was a difficult challenge that, in the end, Democrats lost.  The Democrats lost enough seats to lose their majority hold on the Senate.  This year, however, will see a turning of the tables.  Most of the one-third of Senate seats up for election in November are held by Republicans, and enough of those are held in “blue states”.  Therefore, it is Republicans that may see losses this year.  Democrats only need to gain about four seats to take majority control of the Senate.  The final outcome may be the worst case scenario for Republicans: a Democratic Senate and a Democratic President.

Even a loss of one of these would undermine their hypothesis that it is better to delay a nomination until 2017.  A new Democratic president can still nominate a justice, and a Republican Senate that chose to delay in the previous term would not be able to continue with that strategy in the new term.  A win of only the Senate by Democrats, on the other hand, could allow President Obama a chance to rush in the appointment and get it confirmed by the new Senate that takes office the first week of January before his Republican successor is sworn in after mid-January.

Then there are the electoral risks.  A Republican strategy to refuse to consider, hold hearing over, or vote on an Obama nomination for almost a year may undermine them at the polls this November.  This strategy would feed into the already existing narrative of Republicans as obstructionist and anti-Obama whatever the costs.  This narrative gained a great deal of momentum during the government shutdown in October of 2013.  A Republican political strategy that left the Supreme Court short one justice, and risked major decisions facing the Supreme Court to be decided by a lower appellate court would only remind voters of this narrative and feed it further.  Sure, the Republican base will be fine with this trade off of stopping Obama and a liberal agenda in exchange for the cost of leaving the seat vacant for a year or longer.  But it is not the Republican base that will tip the election one way or another.  It is moderates on both sides and independents.  This important group of voters are not willing to sacrifice the functioning of government for an ideological and political agenda.  They want government to function.  If it does not, they will likely blame Republicans and their strategy of delay and deny.  Because the electorate is so closely divided between Republicans and Democrats, it is crucial to win the moderates of both sides and the independents in order to win the election.  Not only does their support impact the chances of the Republican candidate winning the presidential election, it will likely impact the vote for the various Senate seats that Republicans will be defending in November of 2016, especially those in the left leaning states.

A Safer Option, but a Risk Nonetheless 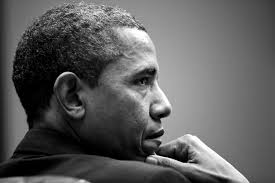 Actually working with President Obama may be a better option for two reasons.  However, the trade-off for working with the president is to upset the base.  As a result, Republicans may choose to wait until the day after the election to end the opposition-laced rhetoric and beginning considering an Obama nomination.  Of course, if they keep the Senate and win the White House they will simply wait out the president.  Unfortunately for Republicans, however, they cannot see into the future.  Therefore, a wait and see approach still means they are taking the electoral gamble of turning out moderates and independents against them, which will fulfill the very prophecy they are seeking to avoid.  Therefore, this electoral risk is the first reason they should consider coming to the table before the election.  The second reason involves the justice they are likely to end up with.
If the President wants to replace Scalia before the end of his term he will have to go with a consensus nominee that Republicans will agree to, or have agreed to in the past (a justice on a lower federal court bench).  This means that a justice that is too far left is not an option for the President.  He will have to go with a moderate, much like George W. Bush had to when he chose John Roberts for the Chief Justice position.  If, however, Republicans refuse to consider a nominee and Democrats have a victory in November, one of two things may happen.  Either President Obama will rush through an appointment in January if Democrats have the Senate but not the White House; or, a new Democratic president will make the nomination.  The worst case scenario facing Republicans, as stated above, is a Democratic Senate and White House.  In two of these three scenarios, the nominee is likely to be further to the left than Republicans would have gotten under Obama if the nomination had been made before November.  If Democrats can make an appointment without facing significant opposition from Republicans, they have the flexibility to nominate a much more liberal candidate than President Obama would under his current constraints.

It may be the President holding the right cards in this one.  If that’s the case, then he will just let Republicans do what they are going to do.  Either way, he may win in the end.

Posted by Unknown No comments: