We are beginning the week with yet another lower federal court ruling concerning same-sex marriage recognition and licensing by a state.  This time it was a federal court in Alaska that overturned that state's legal ban of same-sex marriage first adopted, along with Hawaii, in 1998.  This week in October, a federal district court in Alaska ruled the state's constitutional denial of same-sex marriage licenses and recognition a violation of the due process and equal protection clauses of the U.S. Constitution.  The 14th Amendment of the U.S. Constitution contains these clauses that are directed towards the states and goes as follows:

Why did the U.S. Supreme Court Deny Hearing Same-Sex Marriage?

All of the federal court rulings of the last year have been from the lower federal courts, the U.S. District courts and the U.S. Courts of Appeal.  Why, though, did the Supreme Court announce last week that it would NOT hear any of these cases from the lower U.S. appellate courts?  The answer is simple.  One factor in the court's decision to take up a case or issue is whether or not there are conflicting rulings at the lower level that would necessitate clarification and the handing down of a clear national standard by the Supreme Court.  In the case of lower federal court decisions on state bans of same-sex marriage, there appears to be no need for clarification from the highest court because the rulings of the lower courts do not conflict.  As of this week, 23 federal district courts, the lowest level of federal courts, have heard same-sex marriage suits.  Of those 22, including Alaska as of this week, have overturned the bans as unconstitutional denials of the 14th Amendment guarantees listed above.  Some of those cases have been appealed to the U.S. Court of Appeals in various circuits and in every circuit court ruling we have had thus far, the court has upheld the rulings of the lower courts that the bans are indeed unconstitutional.  Therefore, there appears to be a great deal of consistency in the rulings of the federal courts as to whether or not the state bans, whether banning by state law or state constitution, are violations of the U.S. Constitution.  The overwhelming answer has been "yes".  When there is consistency there may be little need for the Supreme Court to step in. 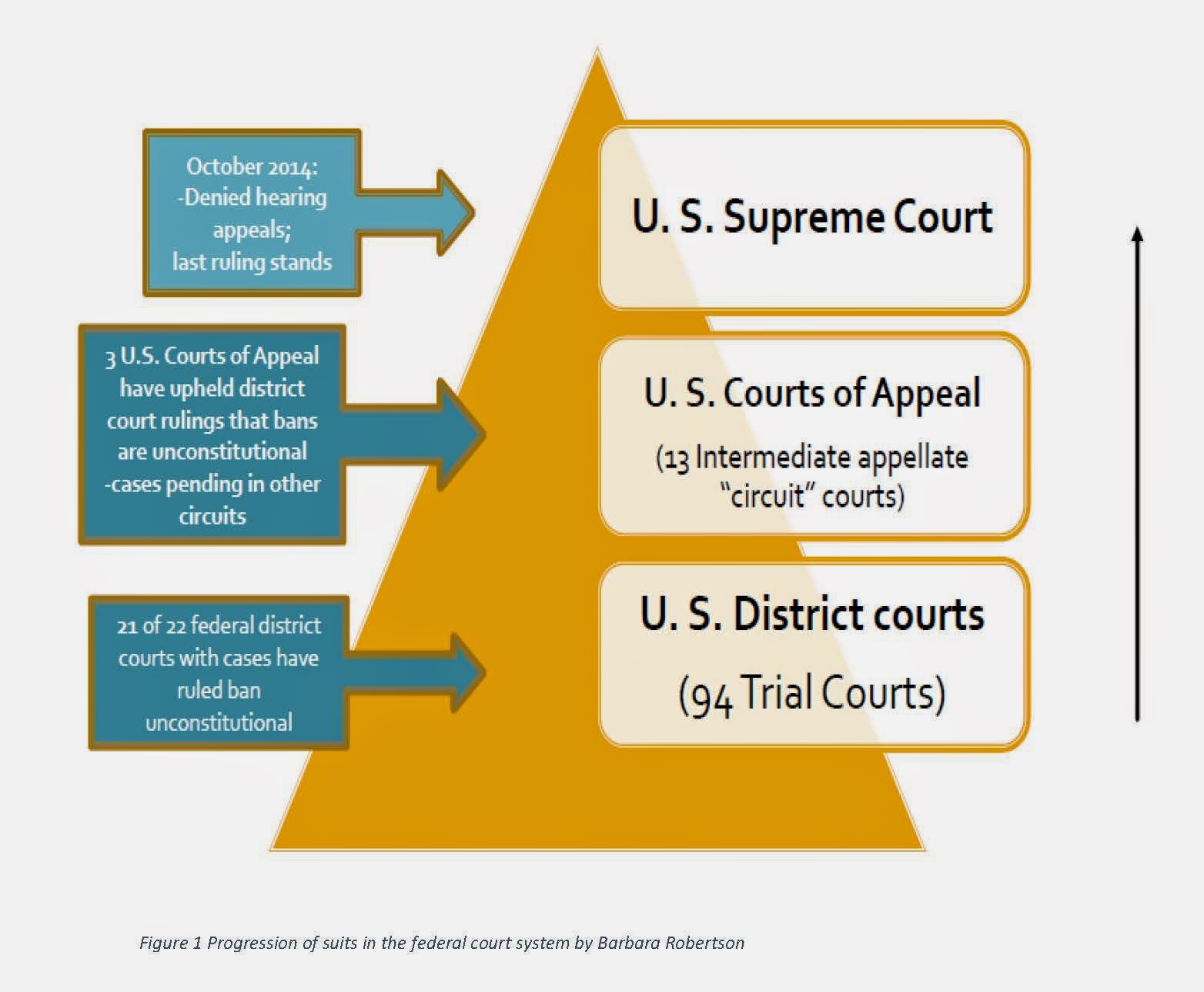